An estuary is a body of water in which fresh water draining from the land mixes with salt water from the ocean. The result of this mixture is an environment with abundant plant and animal life. The Indian River Lagoon is a 156-mile-long estuary on Florida"s eastern coast. It is a diverse estuary, supporting thousands of species of plants and animals.The food web and food pyramid shown above are examples of the relationships that exist in the Indian River Lagoon ecosystem.

Câu 1Which of the following has the largest population in the Indian River Lagoon ecosystem?

In the Indian River Lagoon ecosystem, many organisms compete with one another for food sources.Which organism in the food web competes with egrets for food?

Which of the following statements most accurately describes the energy transfer between the levels of the food pyramid in the Indian River Lagoon?

A. Energy travels up the pyramid.

B. Energy stays in the phytoplankton at the lowest level.

C. Energy is released into the environment only at the top level.

D. Energy moves from the flounder to both the clam worms and egret.

Which gas is a waste product given off by the respiratory system of a human?

An oscilloscope is an instrument that can be used to display the properties of waves. Melanie studies four pictures of waves from an oscilloscope.Which picture shows waves with the shortest wavelength?

Iron chloride is formed when 44 g of iron and 56 g of chlorine react completely.What is the expected mass of iron chloride?

Which change will occur if global temperatures increase and the polar ice caps melt?

A. Coastal cities will be flooded.

B. Land for farming will increase. 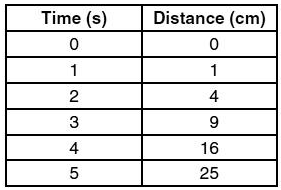 The table above shows the distance a cart travels over time.